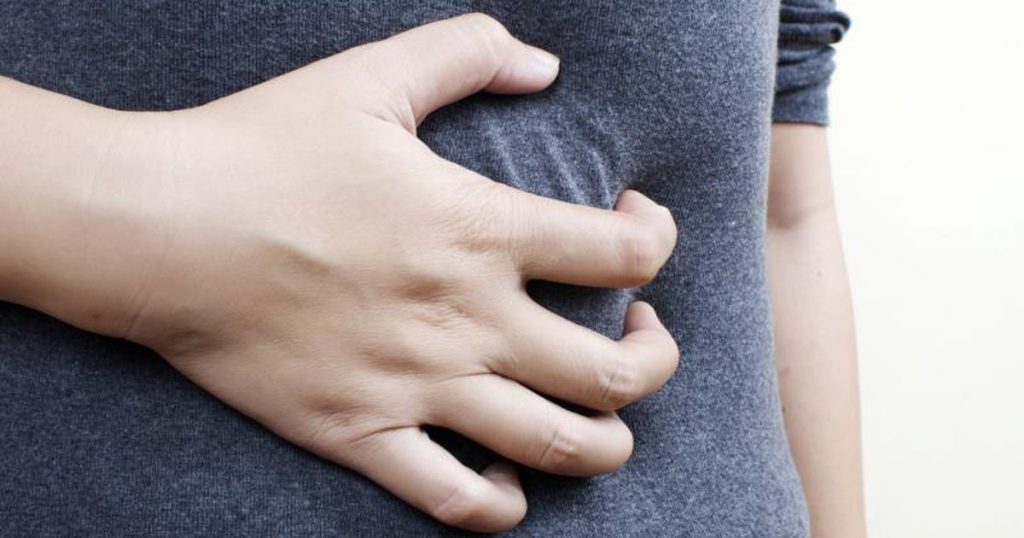 Gallstones can cause severe pain and in some cases can lead to life-threatening illnesses. There is lots of information on the internet about different treatments for gallstones, some of which is contradictory and unsafe. Here we untangle some of this information and explain the best approaches for managing gallstones.

Gallstones occur when bile, which is usually liquid, forms tiny crystals and over time grows into stones which sit in the gallbladder.  It is estimated that 20 per cent of the UK population have gallstones, the vast majority of which cause no symptoms. However, in a minority of people, gallstones can cause severe abdominal pains, infections and in some circumstances inflammation of the pancreas gland (pancreatitis).

Myth 1: All gallstones should be treated.

Gallstones are often found ‘incidentally’ on scans when your doctor is investigating other problems. In the vast majority of cases, these gallstones can be left alone without worry. It is, however, important to remember that you have gallstones in case they do begin to cause problems in the future.

If gallstones cause symptoms, then they should be treated by removing the gallbladder and the stones together. These symptoms commonly include severe pain in the top half of your abdomen or under the right side of the rib-cage and this can sometimes travel to the back in between the shoulder blades. Gallstones can also cause infections leading to fever and a general ‘flu-like’ illness. In rarer cases, gallstones can cause abnormal liver tests or jaundice (yellowing of the skin) and can even lead to serious conditions such as pancreatitis (inflammation of the pancreas gland).

Myth 2: Gallstones can be ‘flushed’ away.

Many ‘alternative therapy’ sites on the internet ‘guarantee’ to get rid of your gallstones using ‘natural remedies’ such as olive oil and lemon juice. The bottom line is that none of these methods are supported by any form of evidence from research studies and are best avoided. Gallstones come in all shapes and sizes and many of those which cause symptoms do so because they become stuck in the entrance to the gallbladder. An analogy would be like trying to squeeze a tennis ball down a hose-pipe, so common sense will tell you that this isn’t possible. But even if you were able to flush away gallstones, in most cases, gallstones lead to long-term (chronic) irritation of the gallbladder, causing it to become diseased and making it susceptible to forming more stones in the future.

Myth 3: Gallstones can be broken up using shockwaves.

Extracorporeal Shock Wave Lithotripsy (ESWL for short) has been used to treat kidney stones successfully for many years. Many of our patients ask us about this treatment for gallstones. Approximately 30 years ago, researchers examined its use for gallstones. However, it was found that the treatment was linked to problems, including a very high rate of gallstones coming back. As a consequence, this treatment has long been abandoned.

Myth 4: Surgery for gallstones is risky.

Whilst no procedure is risk-free, surgery for gallstones is safe and effective. Complication rates are very low and occur in less than 1 per cent of our patients. In addition, keyhole (laparoscopic) surgery to remove your gallbladder means that most people don’t need to stay overnight in hospital and recovery is far quicker than if you were to have a traditional large incision. Patients are up and about the following day and are able to do most activities including bathing and showering. We would usually recommend you take into account that a full recovery can take up to two weeks.

Myth 5: You can’t lead a normal life without a gallbladder.

The vast majority of patients have no problems following the removal of their gallbladder and are glad to have removed the source of a problem which for many had significantly impacted on their ability to lead a normal life. However, a very small proportion of patients can have digestive problems in the short-term but most cases settle without the need for treatment.

The gallbladder’s function is to collect bile produced by the liver and release it in a controlled manner when food leaves your stomach. Bile then breaks down the fat in the diet and allows the intestines to absorb it. After the gallbladder is removed during surgery, bile trickles continuously into the intestines. For some patients (approximately 1 in 10), this can cause irritation which can lead to diarrhoea. And in others the bile can travel back into the stomach causing heartburn-type symptoms. In most cases, these symptoms settle down within about 6 months of surgery.

What Our Patients Are Saying…