Achalasia is a rare condition affecting the oesophagus (also known as the gullet or food-pipe). At My Surgical Specialist, Mr Alkhaffaf works closely with his team of experts to ensure that all appropriate investigations are undertaken prior the commencement of any treatment. This is vital as it can influence the long-term success of your treatment.

Mr Alkhaffaf and his team are experienced in all established achalasia treatments.  He will take the time to answer your questions so that you can make the right decisions about your treatment. Continue below for more information about achalasia and its management. 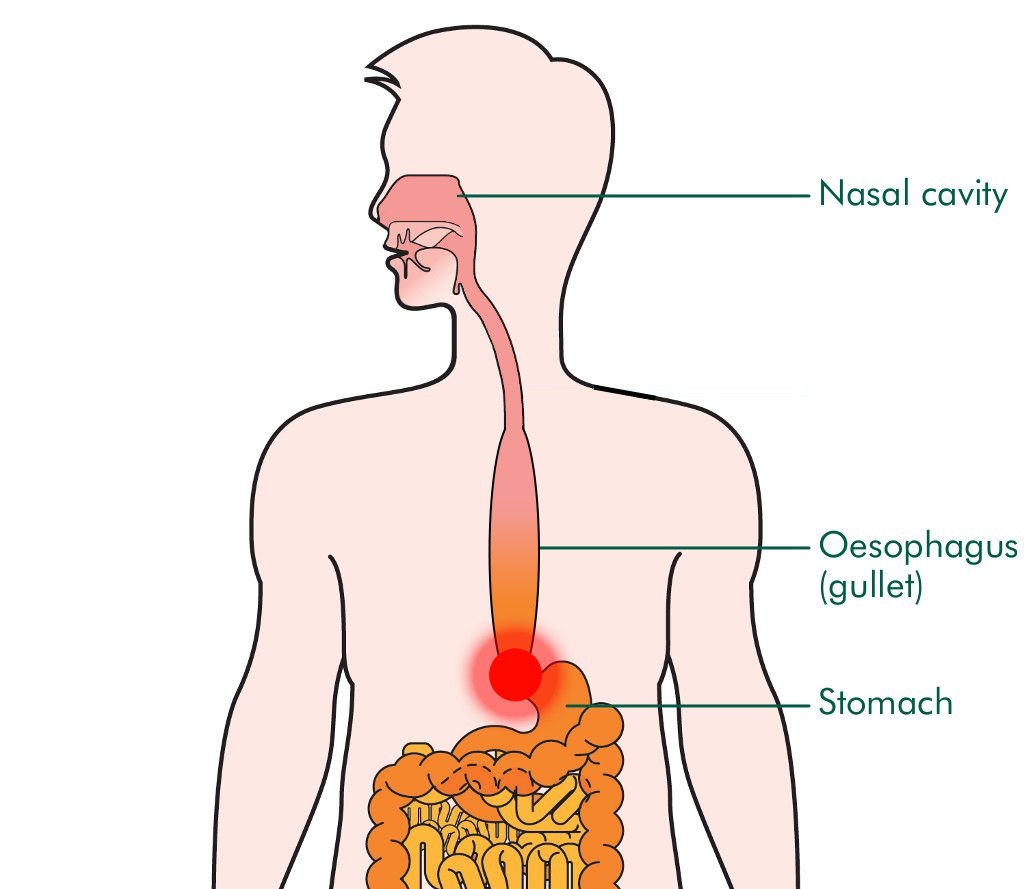 Q: What is the Oesophagus?

The oesophagus (also known as the food-pipe or gullet) is a muscular tube which carries food from your throat to the stomach in your abdomen.

Q: What is Achalasia?

Achalasia can be categorised into three types depending on the type of contractions that are seen in the oesophagus:

–Type 1: No contractions within the oesophagus.  This is the classical or ‘text-book’ description of achalasia.

–Type 2: Some contractions within the oesophagus.  This is the commonest type of achalasia and has the best prognosis following treatment.

–Type 3: Spastic (very tense) contractions of the oesophagus.  This is the most difficult type of achalasia to treat.

All three types of achalasia have the feature of a thickened muscle at the lower end of the oesophagus.

Q: How Common is Achalasia?

Achalasia is rare, occurring in just one in every 100,000 people. In the UK, around 600 people each year are newly diagnosed.  Because achalasia is uncommon, it is often under-diagnosed and patients can suffer from symptoms for several months before receiving the appropriate treatment.

Q: What Are the Symptoms?

Achalasia can affect people at any age and symptoms usually come on gradually over a few months to a couple of years.  Symptoms can include any of the following:

–Regurgitation of food.  You may sometimes bring up undigested food shortly after meals.  This can lead to choking, coughing fits and heartburn.

–Weight loss is a common feature as food becomes more difficult to swallow.

Q: How is Achalasia Diagnosed?

Because it is rare, achalasia is often misdiagnosed. As a consequence, patients can often suffer with symptoms for months and even years before the correct treatment is offered. An accurate diagnosis of achalasia and its sub-type is essential in order to correctly treat it and ensure the best chance of relieving symptoms.  For achalasia to be diagnosed, the following tests need to be undertaken:

–Oesophageal manometry. This test involves measuring the pressures within the oesophagus and will also diagnose the sub-type of achalasia.

–Barium swallow. This test involves swallowing fluid which shows up on an X-ray film.

Q: How is Achalasia Treated?

Treatment for achalasia aims to overcome the issue of the thickened lower oesophageal muscle. Treating this enables the oesophagus to empty more readily and allows food to enter the stomach more easily. There is currently no treatment which will solve the problem with the way in which the oesophagus contracts. As such, even after treatment, you will never have a normally functioning oesophagus. Nonetheless, your symptoms will be significantly relieved.

Choosing the right treatment for achalasia depends on several factors including your age, any underlying causes and the type of achalasia you may have.  Established treatments for achalasia include botox, pneumatic dilatation and keyhole surgery.  A new technique called POEM (Per-Oral Endoscopic Myotomy) now offers a ‘scarless’ alternative to keyhole surgery.

Botox to relax the thickened oesophageal muscle is injected using gastroscopy.  The risks associated with this procedure are small and success rates are initially high (75% of patients benefit within the first month). However as the effect of botox is temporary, you will likely require repeat injections every 6 months.  Repeated botox injections can cause scarring which can make future treatment more difficult.

Using gastroscopy, a special balloon is inserted down the oesophagus to stretch the area where the oesophageal muscle is thickened. This is usually done whilst you are sedated. The balloon is inflated until the muscle splits.  Success rates are higher than with botox however there is a small risk of perforating the oesophagus (2%). Approximately 1/3 of patients will eventually have relapse of their symptoms and require further treatment.

Keyhole surgery to cut the thickened lower oesophageal muscle and keep it open (illustrated below) is undertaken whilst you are under general anaesthetic. This is more invasive than botox or pneumatic dilatation however the primary benefit of this procedure is its short and long-term success rates. 90% of patients have their symptoms relieved initially, and this is maintained in approximately 75% of patients 15 to 20 years following surgery.

The success of surgery is influenced by several factors. For example, it is known that previously failed treatments such as botox and pneumatic dilatation (see above) can reduce the effectiveness of surgery in both the short and long-term.

POEM works in a similar way to cardiomyotomy (above) by cutting the thickened muscle at the bottom of the oesophagus. It’s main benefit is that the procedure can be undertaken using a gastroscope through the mouth, without the need for incisions to the abdomen. This means that you should have no pain and recovery is even quicker than when compared to keyhole surgery. As POEM is a relatively new procedure, its long term success rate has yet to be established.

Q: Are There Any Risks With Surgery?

Keyhole surgery for achalasia is both safe and effective and the risks associated with it are small.  However no procedure or surgery is risk-free. Complications in the immediate period after surgery can include:

–Infection of the keyhole wounds

–Perforation: This includes inadvertently making a hole in the oesophagus, the stomach or a section of bowel. This is exceptionally rare, but is repaired immediately when detected during your surgery.

–DVT: A ‘deep vein thrombosis’ is another term for a clot in the leg. These clots can rarely also travel to the lung.  We routinely prescribe you special stockings and blood thinning medication following your surgery to reduce the risk of this happening. In addition, because keyhole surgery enables you to return to your daily activities quickly, the risk of developing a DVT is further reduced.

–Difficulty Swallowing: this can occur immediately following surgery usually because of swelling around the bottom of the oesophagus.  It is important to follow our strict post-operative diet plan to reduce the risk of this problem whilst the healing process takes place and the swelling in the area settles naturally.

Some of the longer-term problems which may occur include:

–Bloating: A degree of bloating can occur following surgery. The stomach wrap keeps the abnormal oesophageal muscle open and reduces acid reflux from the stomach into the oesophagus. As a result, the wrap also can reduce the amount of gas that you naturally bring up (burping) and can lead to bloating.

–Dumping syndrome: This is a collection of symptoms including diarrhoea, abdominal cramps, sweating, dizziness, headaches and fatigue which can occur after gastric bypass surgery. Some patients complain of dumping syndrome to varying degrees.

–Failure of procedure: Treatment failure occurs in approximately 1 in 10 patients and requires careful investigation to identify its cause.